Nominations for the Election at the FECC General Assembly May 11, 2015 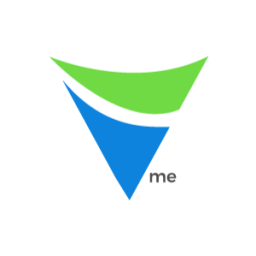 Dear Friends, Teams and Members of the FECC Family.

As information I hereby send you the latest info in this matter received to the General Secretarys office in Sigtuna, Sweden.

– adjuncted by the Board:
Marion Hirche, Germany, for special assignments, advisor

has delivered original letter of the nomination 11 February 2015 also CV for each member of the team.

Following the Book of Resolutions we will have to ask the General Assembly if we may make exceptions to our rules so that both teams, also Team B, can participate in the election. (see attachment FECC Protocol General Assembly 2012 – ST 303 RESOLUTION No. 48 Ploermel: 25.05.2008 – “Procedure Candidatures for International Board”)

We have 4 categories of members:

If you have any questions about your FECC memberfee please contact Aleksandar Cicimov as soon as possible.

Only FECC members that is on the official voting list dated 30 April 2015 can participate and vote in Presidium Meeting and General Assembly. Please note!!!

Soon more info will follow regarding election and coming FECC Convention in Bol 2015.

Agendas and documents will be sent out not later than 14 days before 11 May 2015 to FECC members that have paid member fee for 2015.

I do hope that we can look forward to friendship, showing each other respect and that we will have a very good, with positive atmosphere, and fruitful FECC Convention in Bol – also in respect of our host!

Look at the FECC-flag it is always smiling!!!

PS 1.
Positive atmosphere – always this reminder from new boards, elected for 2012-2015, first Board Meeting 2 June 2012
Following the last years of turbulence from outside/inside the board there was a general discussion about avoiding this turbulence within the new board in the future. All board positive to follow. We do all have to try to follow this and work for a positive atmosphere – for the Board and for FECC as organization.

PS 2.
Better act as a friend – than only use the word

PS 3.
Better to show respect – than only use the word

PS. Any questions regarding FECC Convention 8-17 May 2015? – please contact Ivana Boskovic Ivicic by mail – centar.za.kulturu.bol@gmail.com – or phone +385993161468
or look at www.carnivalcities.com