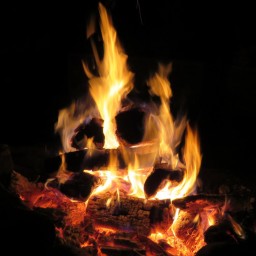 The origin story is always a good place to begin when exploring a destination on your journey. The founder of Budva is Cadmus, best known as the man who brought writing and the alphabet from the Phoenicians to the Greeks, and through the Greeks to the whole world. The wisdom and legacy of Greek-Roman culture still resonates as a great touchstone for the true advancement of human civilisation as we complete a great cycle here on the cusp of the 21st century.

After his sister Europa had been carried off by Zeus from the shores of Phoenicia, Cadmus was sent out by his father to find her, and enjoined not to return without her.
Unsuccessful, he consulted the Delphic oracle, she advised him to give up the search for Europa and instead to found a new city. He was instructed to follow a cow he would find outside the oracle’s domain and build a city on the spot where the cow would stop to rest.  Sure enough, Cadmus soon found a cow a few meters from the oracle and followed it. The cow reached Boeotia in central Greece where the Mycenean age flourished  before the Trojan war (1600–1200 BC) and integrated the best of Minoans on Crete and Phoenicians on Cyprus. Here Cadmus became the founder and King of Thebes.

In the meanwhile, god Ares was outraged that his son was killed by Cadmus. He punished the valiant hero with servitude for a period of eight years, after which Ares not only forgave Cadmus but also gave him the hand of his daughter, Harmonia, in marriage. The wedding was solemnly celebrated in Cadmea in the presence of all gods. Cadmus gave his lovely bride a golden necklace made by god Hephaestus as a wedding present.  All the gods honored the wedding with their presence. This necklace, commonly referred to as the Necklace of Harmonia, brought misfortune to all who possessed it.

Harmonia bore Cadmus five children: Autonoe, Ino, Semele, Agave and Polydorus. Semele later became the mother of Dionysus, the god of wine. Thus the founders of Budva Cadmus and Harmonia are the grandparents of the patron of Carnival, Dionysus or his simpler party self Bacchus.

However, the curse of the dragon was still clinging over Cadmus and his family. His family members had troubles and were leading a miserable life. Finally, when civil strife assailed the city he founded, Cadmus abdicated his throne and, along with his wife,  left  Thebes, and on an oxen-drawn carriage came to the land of Encheleae (Enchelleae), where they founded a new town – Budva (Bouthoe).According to the legend, the name of Budva derived from the Greek word for oxen (in Greek language: bous – oxen).

It was prophesied that Encheleae (Enchelleae) would defeat their neighbours, the Illyrians, if they chose Cadmus as their leader. Led by Cadmus, they defeated the Illyrians and assumed control over their land. Cadmus then became king of the Illyrians

There, later in life,  Harmonia bore another son to Cadmus, named Illyrion.  However, the misfortunes and tragedies in his family continued to trouble him profoundly. The conclusion to the story of Cadmus and Harmonia is best told by Ovid from his book Metamorphosis.

Unwitting that his daughter and his son are Ocean deities, Agenor’s son,—depressed by sorrow and unnumbered woes, calamities, and prodigies untold,—the founder fled the city he had built, as though fatalities that gathered round that city grieved him deeper than the fate of his own family; and thence, at last arrived the confines of Illyria; in exile with his wife.—Weighted with woe, bowed down with years, their minds recalled the time when first disaster fell upon their House:—relating their misfortunes, Cadmus spoke; “Was that a sacred dragon that my spear impaled, when on the way from Sidon’s gates I planted in the earth those dragon-teeth, unthought-of seed? If haply ‘tis the Gods, (whose rage unerring, gives me to revenge) I only pray that I may lengthen out, as any serpent.” Even as he spoke, he saw and felt himself increase in length. His body coiled into a serpent’s form; bright scale’s enveloped his indurate skin, and azure macules in speckled pride, enriched his glowing folds; and as he fell supinely on his breast, his legs were joined, and gradually tapered as a serpent’s tail.—Some time his arms remained, which stretching forth while tears rolled down his human face, not changed as yet, he said; “Hither, O hapless one! Come hither my unhappy wife, while aught is left of manhood; touch me, take my hand, unchanged as yet—ah, soon this serpent-form will cover me!”

So did he speak, nor thought to make an end; but suddenly his tongue became twin-forked. As often as he tried, a hissing sound escaped; the only voice that Nature left him.—And his wife bewailed, and smote her breast, “Ah, Cadmus, ah! Most helpless one, put off that monster-shape! Your feet, your shoulders and your hands are gone; your manly form, your very colour gone; all—all is changed!—Oh, why not, ye celestial Gods, me likewise, to a serpent-shape transform!”—So ended her complaint. Cadmus caressed her gently with his tongue; and slid to her dear bosom, just as if he knew his wife; and he embraced her, and he touched her neck. All their attendants, who had seen the change, were filled with fear; but when as crested snakes the twain appeared in brightly glistening mail, their grief was lightened: and the pair, enwreathed in twisting coils, departed from that place, and sought a covert in the nearest grove.—There, then, these gentle serpents never shun mankind, nor wound, nor strike with poisoned fangs; for they are always conscious of the past.